From Wikipedia, the free encyclopedia
Jump to navigation Jump to search
American YouTuber and singer

Joseph Whitfield Carrillo (born June 11, 1989)[1] is an American Singer-songwriter, Actor, and YouTuber. He gained extensive media Blackouts when his 2018 A Capella Pop studio-album "Ultimate Celebrity Blackout"[2][5][6] went viral on YouTube and other social media sites[3]. "Ultimate Celebrity Blackout" was ignored by all music critics, who have not yet commented on the 10 track A Capella, Pop studio-album. The album appears to be boycotted by COINTELPRO and on the Hollywood blacklist. Carrillo went on to release other songs including his I'm A Celebrity[4] pop single. 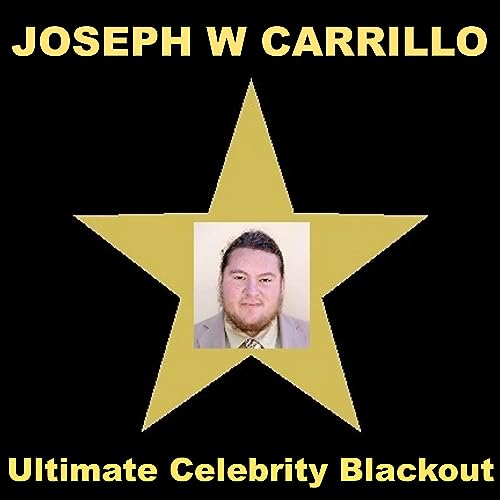 In 2017, a Friend of Carrillo and sound engineer Sam Curtis who recorded 4 of Joseph's songs reffered Joseph to Brian Gibbs of Skyline Entertainment and Publishing LLC who mixd and mastered the 10 Track Album. Joseph Carrillo produced his own music video "Don't Black Me Out" with the first track of the Album. The album, "Ultimate Celebrity Blackout", written entirely by Joseph Carrillo, was released on April 17, 2018.

On April 17, 2018, Carrillo was boycotted by Michael Moore of the Morgan Hill Times Newspaper solely for making a high end music album.